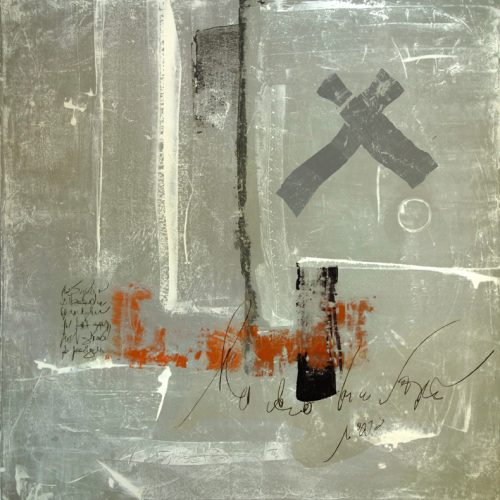 Definition of Signature. The “signature” is the graphics by which a person identifies himself in in act and by which he expresses his approval for the content of this document. The validity of any commitment is subject to the existence of this handwritten signature which gives the document its probative force.
I think the graphic style of a signature is representative of social class. In the past, people who could not read or write signed with a cross.
Unlike the signature, the cross is graphically practically similar for everyone and does not allow identification. What then is the point of making interested parties sign a deed if their identification cannot be opposed ? Was it not a way of making the common people or the slaves feel that they were all similar and above all was it not also a way of stigmatizing them as such. The work contrasts these two graphic styles that mark the state and place it in society.